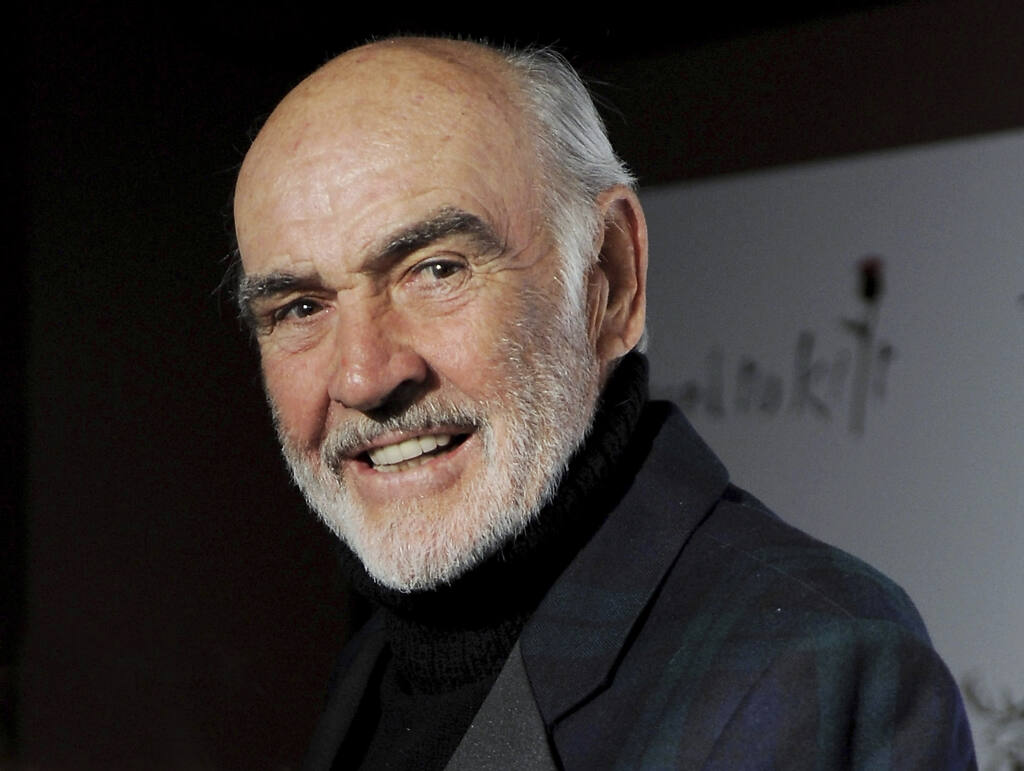 The following are notable individuals who sadly passed away in the month of October. The list includes celebrities, politicians, singers, actors, artists, writers, athletes, and other famous people who entertained us, inspired us, and touched our lives.

The legendary Ukrainian footballer suffered a heart attack on October 1, 2020. He was famous for capturing the historic first gold in the Ukrainian league.

The iconic tech pioneer and legendary CEO of Apple died on October 5, 2011 after battling pancreatic cancer. Our world would be very different in terms of technology, communication, culture, and business if Steve Jobs had not revolutionized the mobile phone industry. Sure, he wasn't the primary designer of the iPod, the innovative iPhone, and the iPad, but he was the visionary that brought it to the market, and helped shape the tech industry. Before becoming CEO of Apple, Steve Jobs, along with Apple co-founder Steve Wozniak, spearheaded the personal computer revolution. Jobs was also a chairman at Pixar, which itself pushed the boundaries in its respective field.

Ireland is famous for producing numerous brilliant poets and authors, and Derek Mahon is among them. His moving and inspirational poem, "Everything is Going to be All Right," became a sensation during the global pandemic. Mahon had won numerous prestigious literary awards. The poet also had a long career as a translator of French literature. The cause of his death is undisclosed.

The Hall of Fame pitcher for the St. Louis Cardinals died on October 2, 2020 due to pancreatic cancer. The legendary baseball player was known for his intimidating fastballs and fierce competitive spirit. Gibson was instrumental in helping the Cardinals win the World Series twice during the 1960s. He was also a nine-time All-Star winner. His accomplishments were so great and his contribution to the game undeniable that he was inducted into the Baseball Hall of Fame just after his first year eligibility. 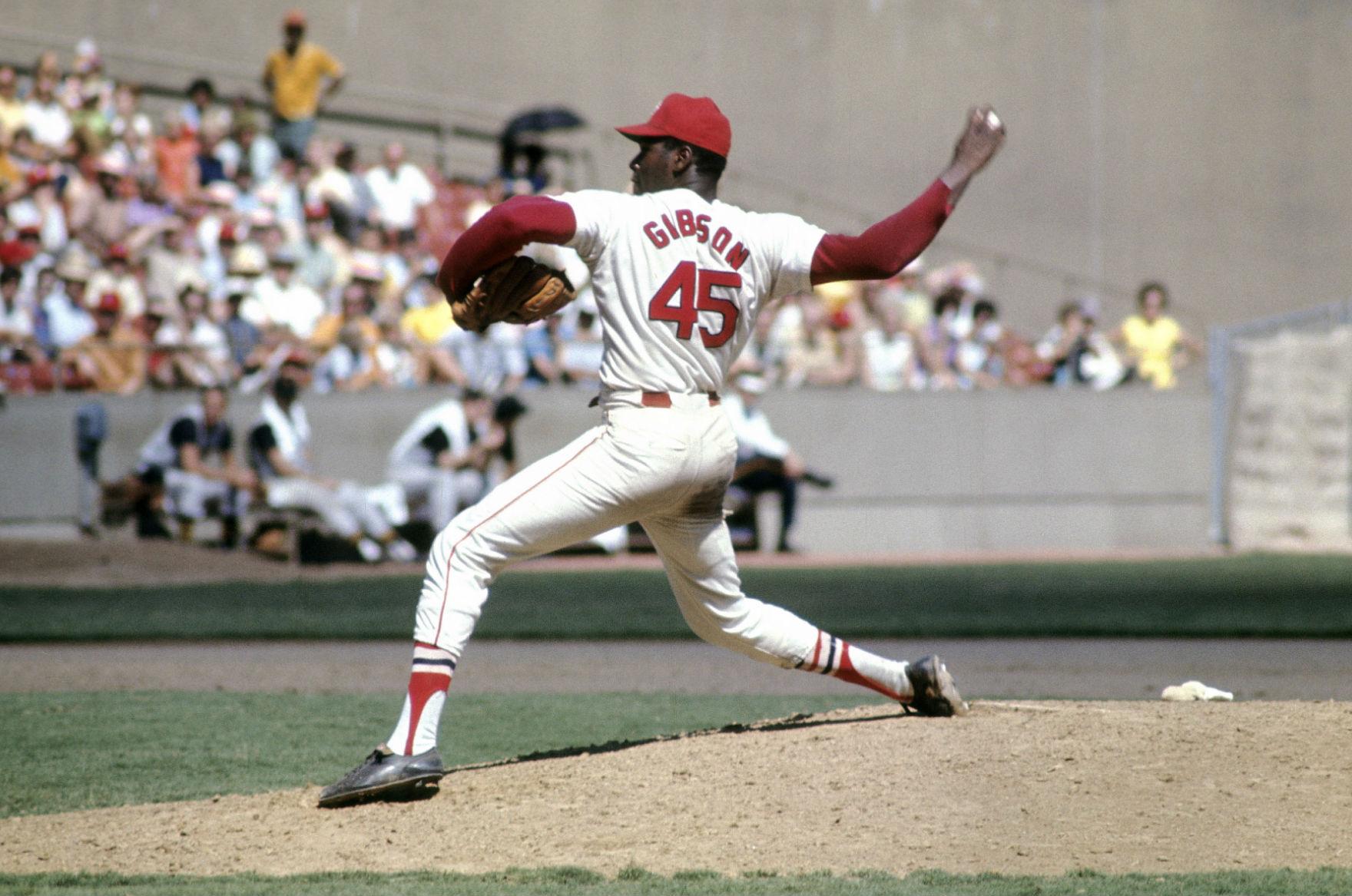 The legendary Japanese-French fashion designer was a tragic victim of COVID-19. His death came as a shock to the fashion industry and, of course, to those who loved him. His life reads like an inspiring adventure tale, having left his native Japan by boat in 1965, which lasted a month, until reaching Marseilles. He then made his way to Paris, where he would make his mark on the Fashion Capital during the early to mid-1970s. Takada launched the lifestyle brand K三 (pronounced "K3") in January just before the first apex of the COVID-19 pandemic.

I iconic and influential Dutch-American musician passed away on October 6 due to throat cancer. The legendary rocker and roller formed the band Van Halen, and soon churned out numerous hits. The brilliant musician even provided the solo guitar for Michael Jackson's "Beat It." Van Halen's albums have sold 80 million (and counting) worldwide. His contribution to music doesn't just stop there. Van Halen also patented three inventions related to the guitar. 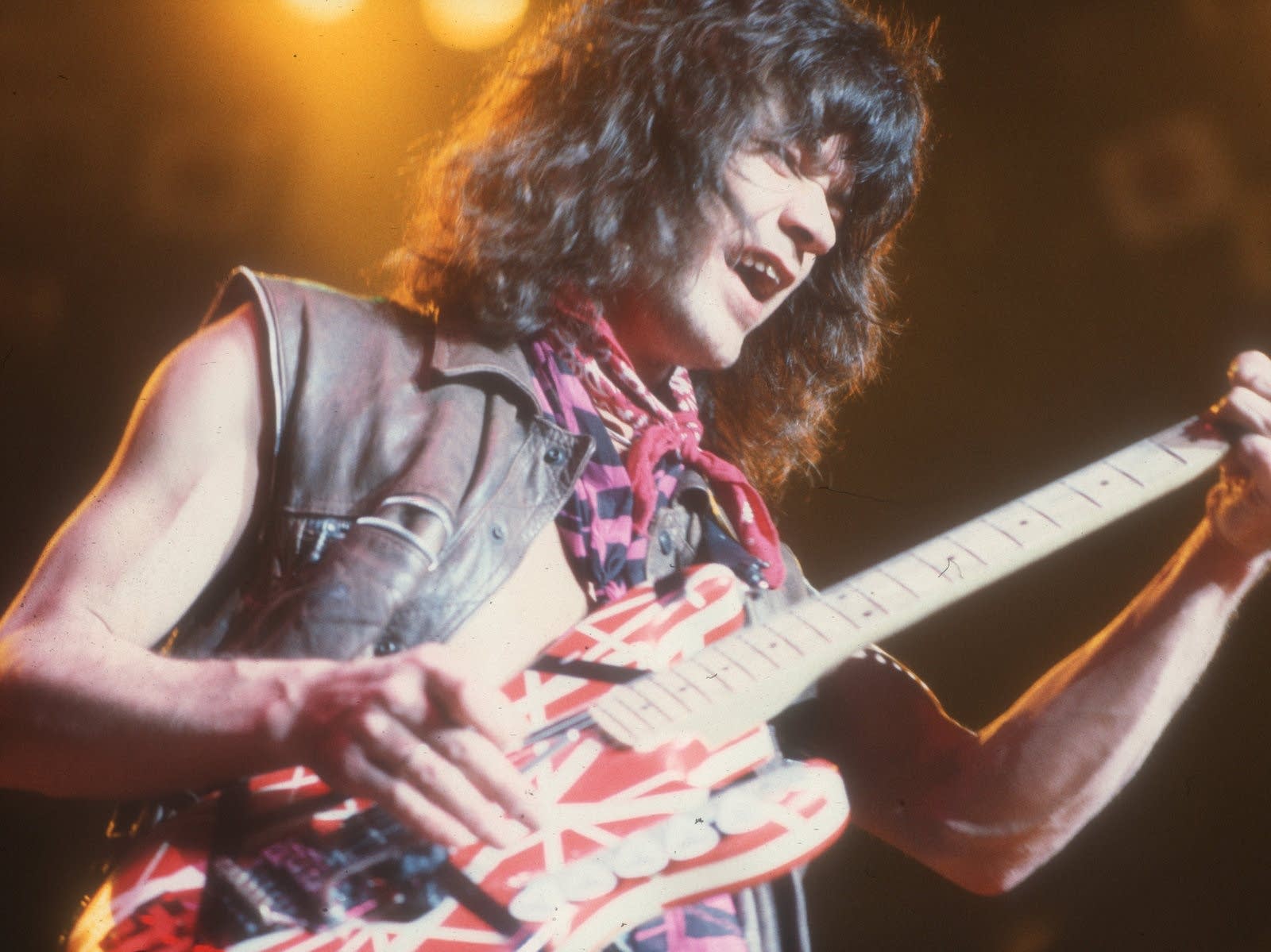 The legendary musician and Houston native died on October 6 in his Texas home. The crooner was known for his crips vocals and the hit song, "I Can See Clearly Now." If there was an award for Most Positive Song of All Time, Nash's inspiring tune would be a strong contender. The song was later covered by Jimmy Cliff. His influence to future generations of musicians, in various genres, cannot be stated enough. However, he wasn't just an amazing musician. He was known to give generously to poor communities in his hometown. Even in the streets of London, Nash left his mark. A YouTube comment from someone named Liz Angelo stated, "A lovely man who came to my aid when I was distressed in a London street (Tottemham, Court Road, 1972). I looked up, saw this face covered in sparkles, asking 'Are you OK'. His song was top of the UK hit parade at the time and he and his performers were walking home from a gig. My companion arrived, We thanked him and went on our way. Later I realized who he was. Thank you John Nash for that act of kindness. R.I.P."

Mario José Molina-Pasquel Henríquez, better known as Mario Molina, was a renowned Mexican chemist. He was the only Mexican scientist awarded with the prestigious Nobel Prize thus far. Mr. Molina was also the recipient of the U.S. Presidential Medal of Freedom, awarded to him by President Obama. Molina died at his Mexico City home surrounded by his family. Molina won the Nobel Prize--along with scientists Frank Sherwood Rowland and Paul Crutzen--for their research into climate change and the impact of chlorofluorocarbon (CFC) gases on the environment. His research led to the ''Montreal Protocol," an international treaty to repair the atmosphere. He was also a member of the United States President's Council of Advisors on Science and Technology during the Obama administration.

The Argentine actor Hugo Arana died at the age of 77 in the Sanatorio Colegiales Hospital in Buenos Aires from complications linked to COVID-19. Mr. Arana had an extensive forty-year career in Argentine theater, film and television. He is best known for his unforgettable role in the 1987 TV sitcom Marriages and Something Else, in which he played two different characters.

The world-changing Civil Rights Movement icon became a symbol of freedom and fight against injustices when she famously refused to move seats in a segregated bus. She became an important figure in the Montgomery bus boycott, which arguably sparked the Civil Rights Movement. For that reason, Mrs. Parks was referred to as the "mother for the freedom movement" and "the first lady of civil rights." After the boycott, she would go on to support various other political movements and social causes, particularly the plight of political prisoners in the United States. She sadly passed away due to natural causes in Detroit.

The renowned American actress Conchata Ferrell is a three-time Emmy nominee, best known for playing Berta the housekeeper in the CBS sitcom Two and a Half Men (2003 - 2015). She sadly passed away on October 12, 2020 in Sherman Oaks, Los Angeles after complications following a cardiac arrest. Some of Ferrell's unforgettable roles in films include her acting performances in Erin Brockovich (2000), directed by Steven Soderbergh.

The Aussie athlete and sport pioneer--who played three sports (American football, Australian rules football, and baseball) at high levels--sadly died at the age of just 29. She made 23 top appearances for the Greater Western Sydney over four seasons. Barclay began a very successful career playing American football in early 2012 while living in Chicago. She played for Chicago Bliss and as the best offensive quarterback player in the league leading her Chicago team to a title. Barclay represented the Emeralds, the Australian women's national baseball team, in the 2008 IBAF Women's Baseball World Cup in Japan at age 17. Jacinda Barclay won a silver medal at The 2010 Women's Baseball World Cup in august 2010.

Send your favorite celebrities a digital candle or digital bouquet to honor their memory, and show them how they inspired you during their illustrious life! 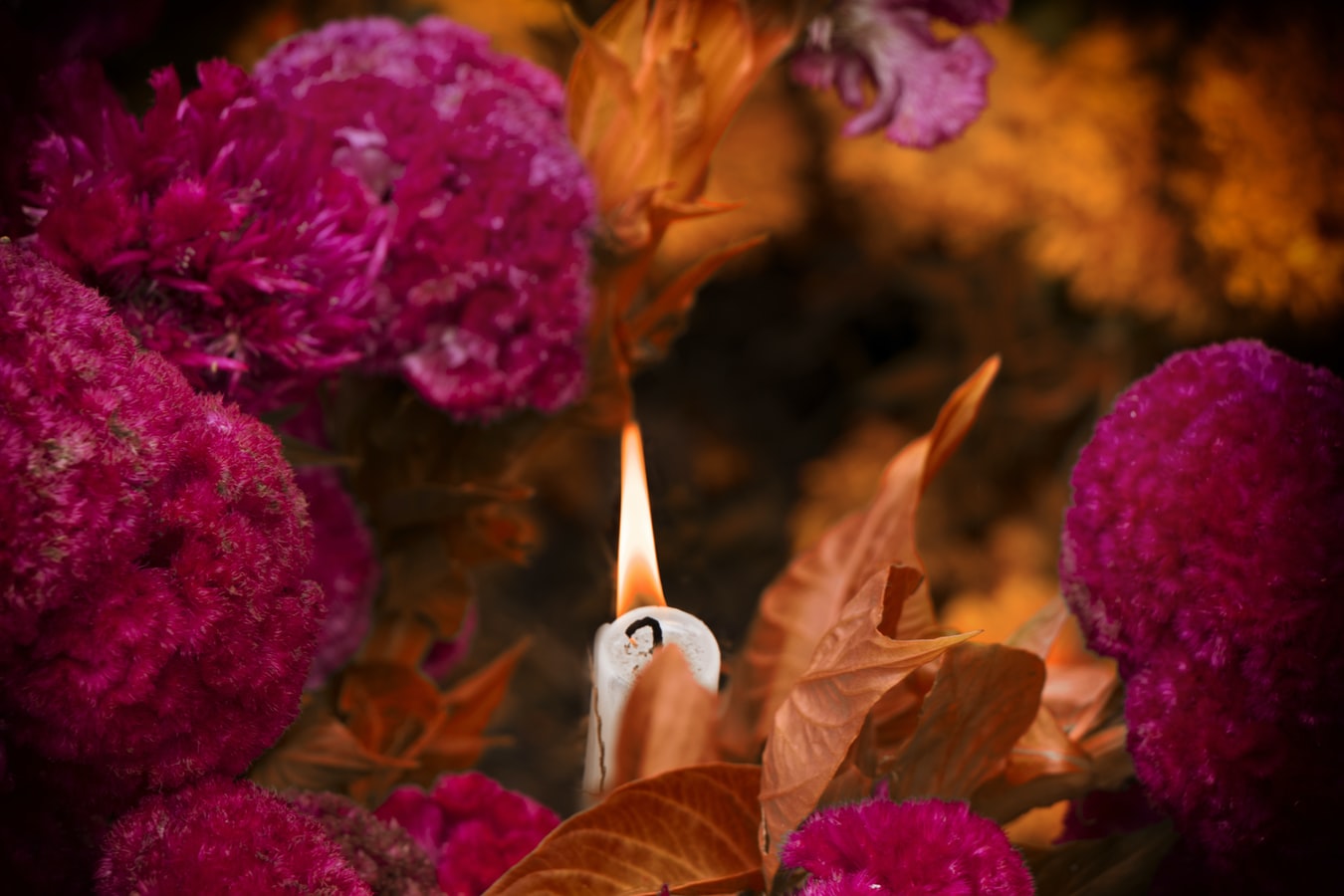 Prince Azim was the second-born Royal prince of Hassanal Bolkiah, Sultan of Brunei, and fourth in line to the throne. Prince Azim was a successful film producer with the England-based production company Daryl Prince. He died after a period of long and severe illness at a hospital in the Brunei capital. He was just 38 years old. The country had recently implemented a discriminatory law that would see LGBTQ people stoned to death. Regardless of the controversial law and human rights violation, Prince Azim was known for his open parties with many LGBTQ celebrities such as Gus Kenworthy, Caitlyn Jenner, and pro-LGBTQ singer-songwriter and actress, Mariah Carey.

Lee Kun-hee, one of the most influential figures in South Korea, who had a net worth of $21 billion, died on October 25. Lee Kun-hee built South Korean Samsung Electronics from a second-tier parts maker founded by Lee Byung-chul in 1938, and turned it into a multinational tech giant headquartered in Samsung Town, Seoul. However, his tenure was marred by a pair of white-collar crimes for allegedly paying a large cash bribe to former Korean President Roh Tae-woou and tax evasion convictions that were wiped away after years of investigation by official presidential pardons.

The former Manchester United and England national team soccer midfielder, Nobby Stiles, died at the age of 78 after a long battle with prostate cancer and advanced Alzheimer's disease. He was one of England's 1966 World Cup legendary big winning heroes, and also had a respectable ten-year managerial career in the English Premier League and North American Soccer League (NASL). 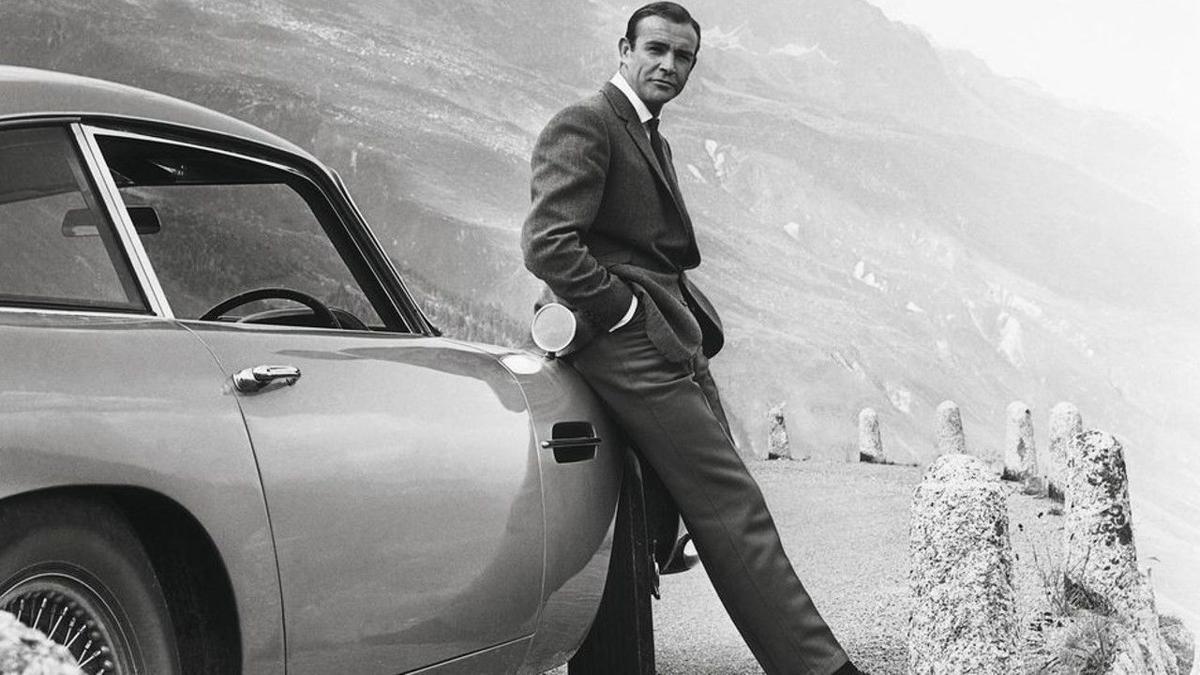 The legendary Scottish actor, who became a global icon when he portrayed James Bond in seven films of the franchise, died on October 31. His first Bond film was The Spy Who Loved Me (1962) and Never Say Never Again (1983). He died peacefully in his private home in the Bahamas. He was 90 years old.

Sean Connery was born in Fountainbridge, Edinburgh, on August 25, 1930. Connery's father was a factory worker and was a Roman Catholic of Irish descent. His mother, Euphemia, was a modest woman who worked cleaning jobs to help support the family. Connery began work life at an early age to help his family, delivering milk before school at just eight years old. In early 1946, at age 16, Connery joined the Royal Navy, and served as an anti-aircraft gunner on HMS Formidable. He was discharged from the Royal Navy in 1949 for medical reasons. When he was 23 years old, the aspiring actor was placed third when he represented his homeland in the International Mr. Universe body building contest. Connery would go on to have a fruitful fifty-year career. His accolades include The Academy Awards - Oscar for Best Actor in a Supporting Role for The Untouchables (1987), three Golden Globes, and two British Academy Film Awards. Connery's suave looks and muscular physique brought him the title of global sex symbol.

However, the legendary actor wasn't without controversy. In an interview with Barbara Walters in 1987, Connery casually stated that it was fine for men to slap a woman under certain circumstances. However, the actor later rescinded the statement. Connery was also a supporter of Scottish independence during his lifetime. Numerous celebrities and public figures paid tribute to the iconic actor after his death was announced.