Creating an Online Memorial was cathartic for London-based Will Chitty 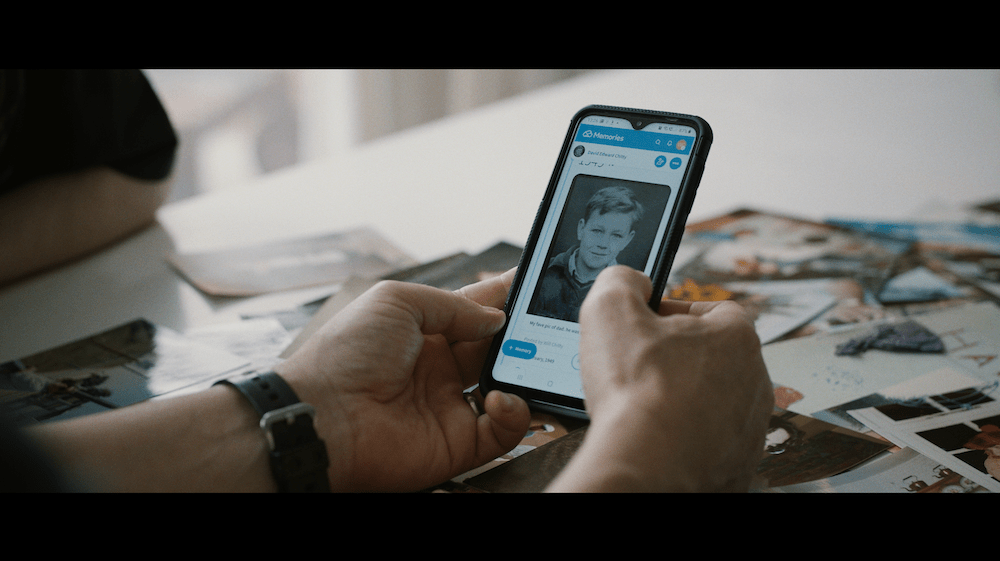 Creating an Online Memorial was cathartic for London-based Will Chitty

An Online Memorial is a web page honouring a loved one who has passed away. It contains a portrait of the departed, biographical information, memories shared by their loved ones, and a curation of photos and videos. Online Memorials can also host music and other audio.

Will Chitty, 52 years old, is based in the UK and sadly his Father, David Edward Chitty, passed away in 2020. Almost a year later, Will stumbled across Memories in a bid to collate all of the photos, videos, letters and other sentimental items he had into a coherent chronological Timeline which we could share with family and friends who live as far as Australia.

After many cathartic hours spent with his mother reminiscing over their loved one, Will is now proudly sharing the Online Memorial he has created and has chosen to be an advocate of the Memories platform in order to encourage others to do the same thing.

We spoke with Will recently who shared his reasons for joining Memories and what benefits he has seen. 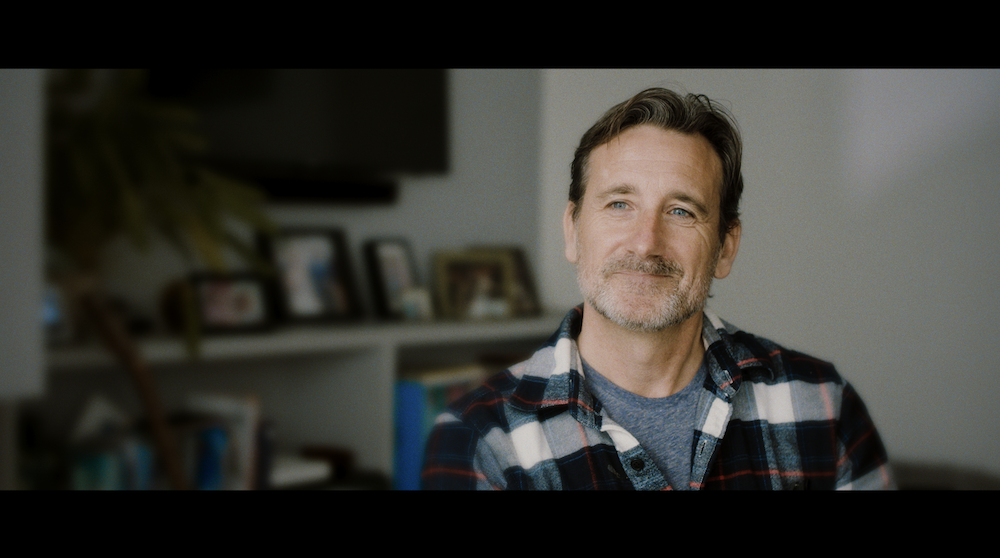 Why did you choose Memories?

After my Father passed away I had a lot of fragmented memories of his life including old photos, videos, cine film and other items which were collecting dust at my Mother’s house. I started to fear that they might get lost or perish so I decided to create an Online Memorial. After a bit of searching I found a number of platforms, but Memories stood out to me because of its sleek design and cross-platform functionality. My friend also recommended Memories after he had built a Memories Timeline for his Grandmother so I thought I’d give it a go!

I found the whole process incredibly easy and it was actually surprisingly fun. I reached out to some family members and all these images and videos came out of the woodwork which I hadn’t seen before. So, despite knowing him all these years I started to build an even better picture of my Father.

What I also liked about it was that I was able to collaborate with my brother who lives over in Australia. So despite being on the other side of the world to each other, I was also able to make other people contributors so that they could upload his own photos too. Some of the comments from family members had either been very touching or had me in stitches. I’ve noticed we’ve all kept in touch a little bit more as well now which is a bonus.

My Dad was a really good guy and I admired him so much. He was a ‘Man’s Man’ but he had an incredibly tough childhood. He was effectively orphaned after many years of abuse and was the first of his siblings to break that cycle. From this, he went on to become a successful business owner and a proud Father. With this story behind me, I find him to be an incredibly inspiring person whenever I think about what he went through. I often share stories of my Father with my children because I want them to remember him, as I feel it’s so important to hand down those kinds of messages and ways of thinking. They didn’t get a chance to meet him at a young age, so the great thing about his Online Memorial is that they can see what he used to look like and they can read stories about him from before they were born, so that they don’t just remember him as the old man they once knew. It feels like handing over the baton to them because they might be doing it for us some day.

The story my Kids love the most is when I talk about how my Dad used to have a pet Monkey! Although, Dad never used to let the truth get in the way of a good story, so who knows if it’s true or not. 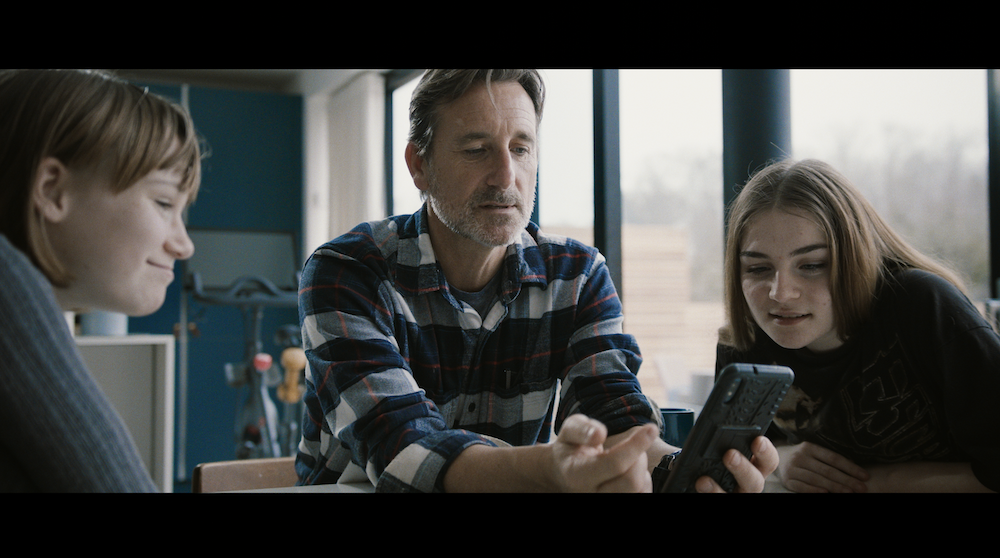 Why are Online Memorials important?

I think it’s really important that our loved ones’ legacies live on and that you can document their lives because they have often achieved so much throughout their time. Social mobility was everything to my Father and he wanted to have a sense of achievement. He was very well respected in the community and that story deserves to be remembered. And it’s not just for us, it’s for my Kids, their Kids and their Kid’s Kids. Plus, it’s for all our family members who are scattered around the world. So, to build a respectful memorial to him is something that’s really important to me and the family.

I also like the peace of mind I now have knowing that everything is uploaded, backed up, safe and secure. So if there’s ever a fire or break-in I don’t have to worry because I have them stored on Memories.

What would your Father say if he could see the Memories Timeline you have built?

If Dad was able to see his life mapped out like that I’m sure he would be incredibly proud, because he was a very proud man. He loved the fact that he could create something from nothing. When we used to drive around the local area, he’d say ‘I built that’ and even though he’d never say to me and my Brother ‘I’m really proud’, you could tell that he was.

One of my most cherished items is my Dad’s old screwdriver which he gave me when I was a kid. To some it may seem simple but to me it means everything. It symbolises my Father as a builder and a creator. Whenever I hold it it feels like I’m holding his hand. So I took a picture of it and uploaded it to Memories so I could add it to the visual Timeline.

Having a Memories Timeline that celebrated all of his achievements, I’m sure would make him feel good about all that he’s done for us. I’m sure he’d probably be very embarrassed as well!

What was one of the features of Memories that stood out to you?

I liked the fact that if I was out and about and I found an old photo of my Dad which I hadn’t uploaded already, I could do it then and there rather than having to wait until I got back home. It’s the great thing about Memories having an App as well as a web-based platform. So I could upload the photo from my phone and then when I was back home I could look at it on the big screen on my computer, add any comments and share it with family and friends.

I also really liked the scanning tool because I have a few old letters of his and I was able to digitise them before they got any more wrinkled and ruined. 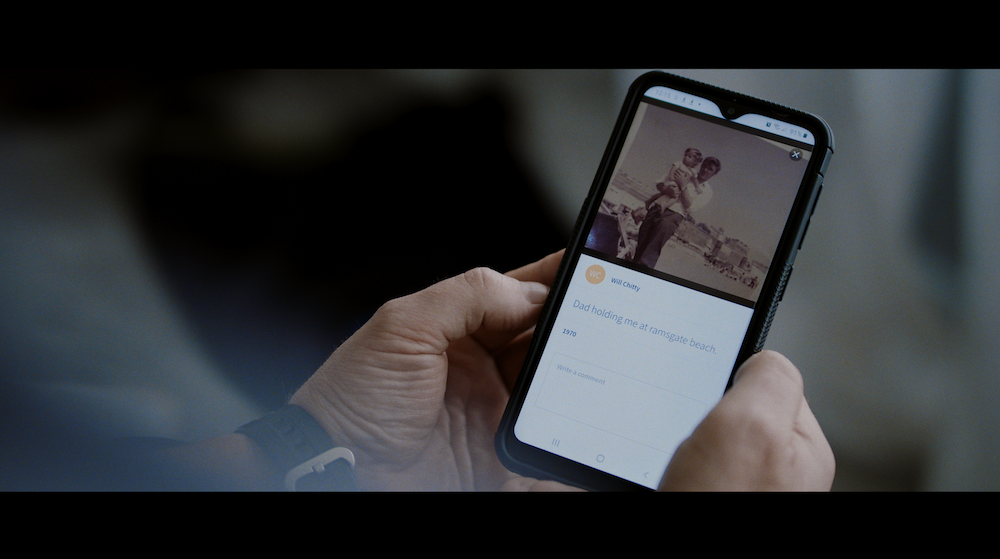 Would you recommend Memories to others?

Absolutely. The interface is really simple to use. It looks great and is very accessible. It doesn’t matter where you live, you can all come together for that shared experience. I really liked the ability to be able to make other contributors as it means we were able to get a broader sense of ‘The Man’ and it has brought us all closer together. It was only after I went on that trip down memory lane did other moments come to mind, times I had forgotten about, so it really put the memory of my Father into a positive place. I feel like we get funerals the wrong way around. Mourning is important but we should also be celebrating the life of these people and remembering all the good they did.

Within minutes of me sending out the Memorial link to the family, I received messages from people saying ‘Oh wow, isn’t this great!’ and ‘What an amazing man he was’. So, it feels good to know I have designed something not just for me but for everyone who knew my Father.

Not only this, knowing that people in the future can look back on us and remember us is quite a comforting thought.

If you want to watch Will Chitty’s video case study, follow the link here.